Breakdown of Earnings of Federal Ministers and House of Representative Members 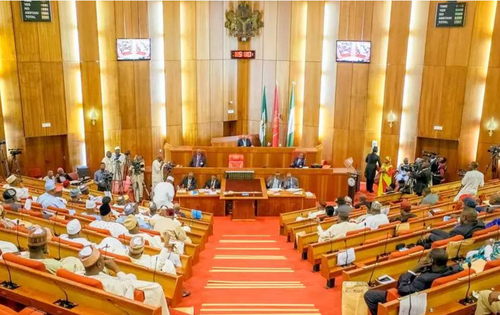 The continued lamentation by Nigerians under the yoke of recession seems not to have an end in sight yet going by the recently released report of the annual basic salary of some public service holders in the country.

A careful examination of the report by the revenue mobilization and fiscal commission recently revealed that a minister earns an annual salary of #2,026,400 (#168,866:66 per month) while a member of the House of Representative receives #8,002,309.94 annually.

The summation of these annual allowances is N13,374,240 for each minister excluding the optional vehicle allowance.

Salaries of House of Representatives Members

Members of the lower chamber of the National assembly are among the top earners in Nigerian politics.

The annual salary of the speaker house of representatives is N8,334,942.50

The federal government provides him with allowances for the following:

He receives 75 percent of his salary as constituency allowance. He receives $790 estacode per night and N32,000 per night for domestic trips.

Salary of the Deputy speaker House of Representatives

The annual salary of the deputy speaker house of representatives is N8,002,309.94. He is entitled to the same allowances as the speaker. He receives $750 and N30,000 for estacode and Duty Tour, respectively.

The majority leader of the House, the Minority Leader, the chief Whip and Chairmen of Committees receive annual salaries of N6,352,680.00. Other members of the house earn similar pay. In addition, they receive the following allowances:

Members receive $550 and N21,000 for estacode and domestic trips, respectively