INAUGURATION: Joseph Biden and Kamala Harris on a Rescue Mission

Posted on January 24, 2021 by giantabilitymn 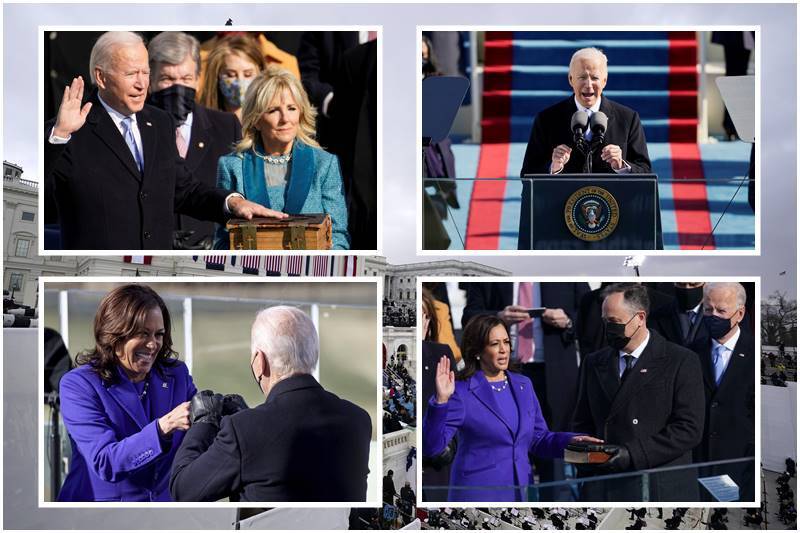 The God-sent and the 46th president of the United States of America, Joseph R. Biden Jnr. did not mince words as he referenced the Holy Bible while being sworn in and declared that; “Weeping may endure for a night, but joy comes in the morning”. To corroborate his assertion is the truth from the same source that says; “The sun of righteousness shall shine forth with healing in its wings”.

This indeed is the moment of healing, hope and the rescue of the soul of America. Some other words of wisdom which also are nuggets which President Biden also employed in painting a clear picture of America include; “America is not about none of us, some of us but all of us”.

He went further to state also that the attack of January 6th which sort to overthrow the America democracy as well as the wishes of the people as expressed with the outcome of the November 3rd 2020 presidential election failed but democracy prevailed. According to him democracy is precious and fragile at the same time and no matter how far that America as gone the journey to the promise land is still far.

ALSO READ:  Archbishop of Canterbury Prays for Free and Fair Elections in Nigeria

Suffice to state here and with all sense of humility that God used the COVID 19 pandemic to jump-start the moment of restoration and the re-capturing of the soul of America by making the regime of the formal President Donald Trump uncomfortable just as he engage deadly plaques in the land of Egypt to make pharaoh to become uncomfortable to the extent that he had to change his mind and ceased to hold the children of God captive and in bondage. How else can one explain the incident of the 6th of January which climaxed the devastation of the regime of the formal president, other than to conclude that it was an act of God which gives a reason for comparison with how pharaoh after he had let the children of God go, changed his mind and ended up as a victim in the red sea. This is not to paint the formal president Donald Trump “black” or discountenance his achievements but to draw out important lessons for other leaders in America to learn from. The summary of this message is that RACISM is worse than slavery and any leader that chooses to embrace it will surely go down for it and thus says the Lord of Hosts.

Also Read: Judge To Trump: ‘Calling An Election Unfair Does Not Make It So

On a final note, there is an adage from the African decent which says that we should first and for most chase away the predator before we deal with the prey. The application of this becomes relevant in the reverse of the adage and in relation to the case of china, President Donald Trump and the rest of the world. The situation on ground using the lens of global politics to view it suggests that the COVID 19 pandemic was a war initiated by china to revenge the economic war waged against her by America. While the whole world is a partaker is to fulfill the saying that; “when the wicked people are suffering, the innocent will also partake of it”. Connect this allegation with the timing of two important actions which are the visit of a special delegation of scientists from ten countries of the world and constituted by the world health organization (WHO) to china investigation on how a virus known originally with the animal world suddenly become a virus of the human world. The second action was that of the final production of the COVID 19 vaccines by the two major America pharmaceutical companies namely Pfizer and Moderna. These timings were politically motivated though for the good of Americans in particular and the world in general.

President Joseph R. Biden and vice president Kamala Harris are on a rescue mission; however their liberality and simplicity should not constitute timidity and weakness. America, welcome to your moment of healing and together, we CAN. God bless America.

One response to “INAUGURATION: Joseph Biden and Kamala Harris on a Rescue Mission”