The Afghanistan Crisis: Time for America to Return to God 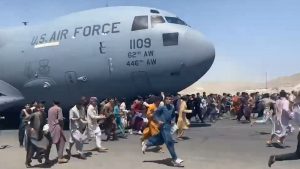 The Afghanistan crisis represents the germination of the seed sown in 2001 and what we have playing out right now that has led to the forceful and dramatic return of the Taliban to power represents the harvest.  Every man is bound to reap whatever seed sown.  It may take time for the manifestation but harvest will definitely come.

One important truth that needs to be told about America is that the Republicans have always been the source of international crises which to a large extent has put the American people in danger.  Remember the Iraq war, which was initiated by President Bush with its attendant results as the 9/11,  which is an event that will never be forgotten in a hurry in the history of America.  Knowledge comes and wisdom lingers, and wisdom is believed to be profitable to direct.  What power gets will require wisdom to be preserved.  America is considered as the most powerful nation on the earth, but absolute power is believed to corrupt absolutely.   I appreciate and relate absolutely to the saying of Joe Biden that good leadership is a function of leading by the power of examples as opposed to leading by the examples of power.  This important saying, which is a dictum, the Republicans have missed for a long time.  Hence, their reckless approach to world affairs, which lacks merits of the kind of diplomacy that engenders peace and stability in the world.

As if nothing was learned but all forgotten from the incident of 9/11, the reckless and uncoordinated utterances of the former President Trump ignited the biological and scientific war, which the world was plunged into from China in the name of COVID-19 pandemic.  What China proved to the world is that there are many ways of killing a rat without necessarily having to cut or chop off his head.
The former President Donald Trump was all out against China both in the open and in secret but without caution.  Agreed that America defeated China economically during the time of the former President Donald Trump but the end result is what we see in the COVID-19 pandemic, which resulted in America recording the highest number of deaths.  Did anybody ever sit down to think of why this was so?

Many people attributed the reason why America lost so much more than all the nations of the earth to the poor handling of the pandemic by the former President Donald Trump.  Going by this assertion, suffice to say that poor handling of a pandemic by the President of the United States of America to say the least is irresponsible.  Most people would rather die than think and that is a clear picture of who the former President Donald Trump is.

Another important truth to take home is that we do not make bad kings but bad lieutenants and that is where the Republicans come in.  ‘”Two good heads are better than one”‘ is what people say.  Americans and the world at large should thank God that what is happening right now in Afghanistan is happening when Joe Biden is the President and in charge.  Otherwise, wrong handling of the situation with former President Donald Trump would have ignited the third world war, which would have been a disaster to a world which has yet to recover from the ongoing war with the COViD-19 pandemic.  What else should President Joe Biden have done to better handle the Afghanistan crisis which was a seed sown by his predecessor?

A little  brick can put a big train in check when it is stationary but  a big building cannot stop a train that has already gained momentum.  The crisis in Afghanistan, which is a product of the idea put forward by Donald Trump to evacuate the American troops had gained momentum before President Biden came into office.  Recall that 12,500 troops were already evacuated leaving only 2,500 when Biden became President.  What plays out now in what we have that has led to the loss of the precious lives of the American service men is a product of lack of insight and foresight on the part of the former President Trump.  The pertinent question to ask at this juncture is why did President Trump not consider evacuating the ordinary American citizens who were there as well as the Afghans who were working for Americans, whose lives would eventually be in jeopardy after the evacuation alongside, the 12500 American troops that were evacuated.  Wisdom demands that you give up what you cannot keep to gain what you cannot lose.  But this wisdom did not apply at all to the action of the former President Trump. 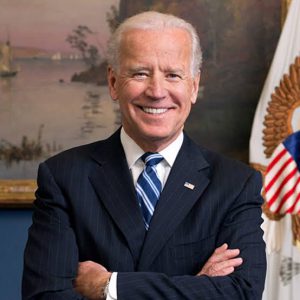 So for anyone now to say the handling of the Kabul crisis which led to the loss of precious lives of Americans is a demonstration of Joe Biden’s incompetence and weakness is myopic and parochial to say the least.  What President Biden needs at this juncture is encouragement as well as prayers so that America may not fail.  From all indications, it is evident that the reliance of America on the strength of her military or economy is no longer tenable and fruitful for the head of the strong is being bowed but only the help of God can prevent it from being crushed.  The crisis that America has at hand now is becoming overwhelming and something urgent, which has its base and origin in the divine,is imperative and indispensable.

ALSO READ:  What's This? Another Holiday?

The greatness of America as a nation was not obtained by accident and neither was it a coincidence.  It has it’s platform in God; hence, the slogan that “In God We Trust”.  The ostensible symbol of our trust in God is above all peace and serenity as you have in the book of Isaiah 26:3 (KJV), which says “He shall keep him in perfect peace whose heart stays on Him, for he trusts in Him.”
This is a clarion call to all Americans regardless of party affiliations that it is time to return to God, for a river that forgets its source has no options than to dry up.  America will never go down for it is a nation that is destined for the topmost top.  What America did to get to the top must not be discontinued to remain on top.

President Joe Biden is the man on a rescue mission.  God bless America.