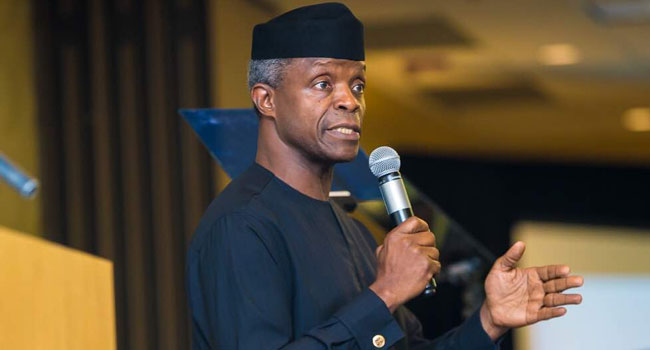 The Vice-President of Nigeria, Professor Yemi Osinbajo, has urged Christians to love and pray for their enemies, stating that true Christianity is loving one’s enemies irrespective of the wrongs done as that is the only way to change them. Osinbajo revealed this on Sunday during a book lunch titled; ‘Felix Meduoye: The Footprints of an … Continue reading →

Nigerian Prelate of the Roman Catholic Church and Archbishop of Abuja, Cardinal John Olorunfemi Onaiyekan has admonished the Federal Government to douse the tension inherent in the country for the restoration of peace and security. As Sahara Reporters disclosed, Cardinal Onaiyekan made the appeal in Abuja on Monday at an Opening/Welcome Dinner of the second … Continue reading →

The Church of Nigeria (Anglican Communion), Offa Diocese, Kwara State, has set in motion, the geriatric care for the aged in the church. The laudable gesture by the church which took place on Monday, according to the church, is their own way of providing for the basic needs of the elderly amongst them. As reported … Continue reading →

Newly re-elected Chairman of the Christian Association of Nigeria (CAN), Northern Region, Rev. Yakubu Pam, has challenged newly re-elected Northern governors to make paramount the interest of the masses as against theirs. Report credited to the Guardian reports that Rev. Pam made the disclosure over the weekend in Jos, Plateau State in an address upon his return … Continue reading →

Senior Pastor of Oak Cliff Bible Fellowship in Dallas, Texas, Tony Evans has appealed to the public to pray for his wife after doctors diagnosed her of cancer. News credited to Christian Post reports that Pastor Evans shared his request on Tuesday in a statement which he posted on Social media and shared via email. … Continue reading →