Posted on October 16, 2018 by giantabilitymn 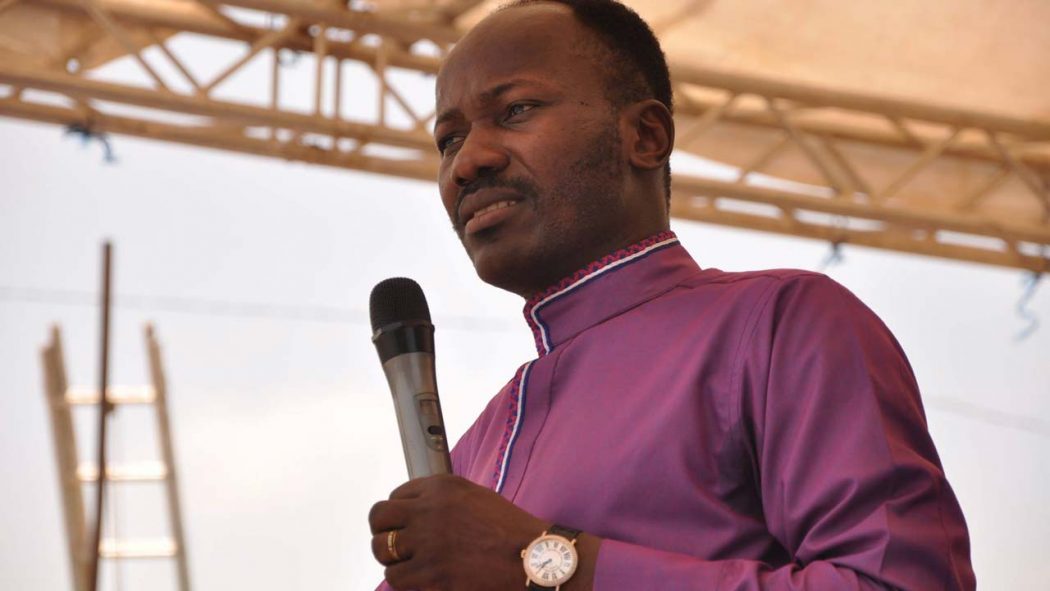 Following Nigeria’s preparation for next year’s 2019 general election, popular Edo state based cleric, Apostle Johnson Suleman has taken a jab at the harsh statements being made by young people running for presidency.

Apostle Suleman, the Senior Pastor of the Omega Fire Ministries, who made the statement in a twitter post on Tuesday said that “activism is not leadership.”

Suleman expressed his reservations about how harsh their statements are, terming the action as “wanting to take power from old irresponsible men to young arrogant men.”

The popular cleric wished for “a young, calm, dreamy aspirant” whom they can support. 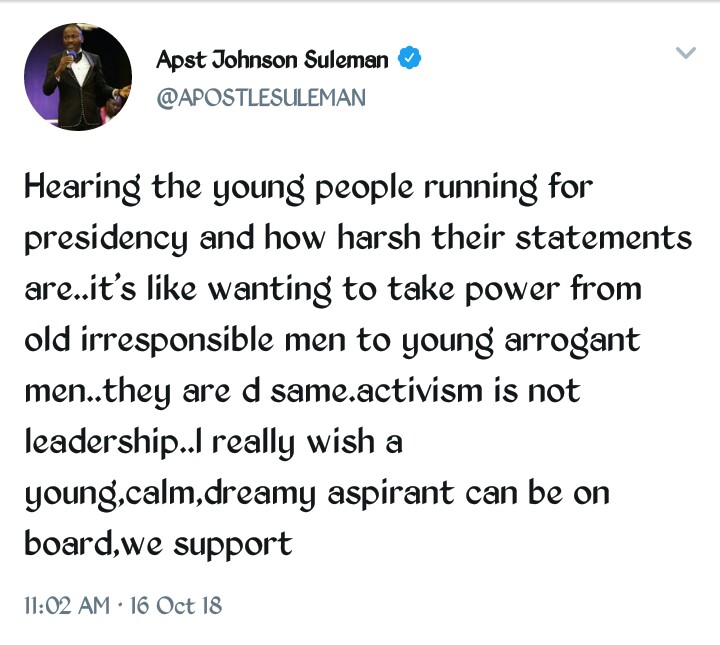 His post read, “Hearing the young people running for presidency and how harsh their statements are… it’s like wanting to take power from old irresponsible men to young arrogant men… they are the same. Activism is not leadership… I really wish a young, calm, dreamy aspirant can be on board, we support.”

ALSO READ:  "Blessed are those who die in the Lord . . ." – Evangelist Billy Graham Passes Away at 99
This entry was posted in Opinion. Bookmark the permalink.