‘Catholic Church Does Not Support IVF’-Cleric 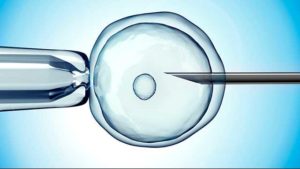 The Parish Priest of St. Cyprian Catholic Church, Oko -Oba, Agege, Rev. Fr. Augustine Nnemeka , has revealed that it is wrong for members of the Catholic Church to go for In Vitro Fertilisation in order to procreate.

The cleric also stated that impotence was enough ground to dissolve a marriage, as he urged intending couples to carry out adequate medical tests before concluding their union.

He spoke over the weekend during a seminar on marriage and family life, organised by the Catholic Men Organisation, an arm of the church.

The seminar, themed, ‘Understanding Catholic Marriage and Upholding the Family,’ was held in the church’s premises.

Nnemeka, during a question and answer session, said impotence and impediments could make the church annul a marriage, adding that an impotent man was not qualified for marriage .

On IVF, he said, “The church does not support it. It has to be natural. When we defined marriage, we said it is for the good of the spouses and procreation. And I simplified it by calling it love sharing and life giving. The outcome of love sharing is life giving .

“There are some that have done it (IVF) and paid millions without results, because it is not even automatic. The church, however, does not permit all these genetic engineering. I believe saying this will help members who did not know it is wrong to change their mind in case they are thinking of it.”

ALSO READ:  Buhari Calls on Family of Slain Corper to Accept God’s Will

He appealed to parents not to mount pressure on their children, thereby forcing them into marriages they are unprepared for.

The cleric told reporters that there was the need for constant enlightenment of couples to build stable homes and a strong society.

The Chairman of the Catholic Men Organisation, Chidi Ekenedo, said many marriages were collapsing due to impatience.

“We decided to put this together to encourage couples and intending couples to be patient and adhere to the teachings of the church on marriage. We want them to know the importance of commitment and effective verbal communication in marriage,” he added.

This entry was posted in Belief, Christianity, News and tagged Catholic church, IVF. Bookmark the permalink.