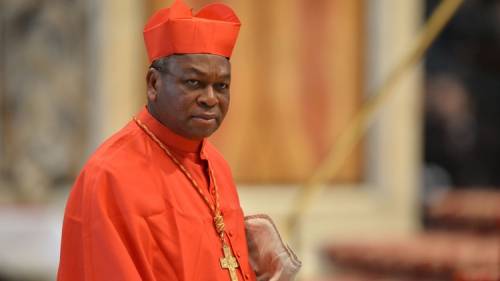 Nigerian Prelate of the Roman Catholic Church and Archbishop of Abuja, Cardinal John Olorunfemi Onaiyekan has admonished the Federal Government to douse the tension inherent in the country for the restoration of peace and security. As Sahara Reporters disclosed, Cardinal Onaiyekan made the appeal in Abuja on Monday at an Opening/Welcome Dinner of the second … Continue reading →

The Catholic Church in Japan has stepped up preparations to investigate claims of sexual abuse by its Clerics against minors from 20 years ago. Cruxnow reports that the Catholic Bishops’ Conference on Thursday in Japan established a committee to investigate the country’s 16 dioceses, revealing that details of the investigations had not been concluded. This … Continue reading →

Residents have found the remains of Reverend Father Clement Rapuluchukwu Ugwu in a bush following his attack and abduction by unidentified gunmen seven days ago. Rev. Ugwu, the Parish Priest of Parish Priest of Saint Mark Catholic Church, Obinofia Ndiuno, Ezeagu Local Government Area of Enugu State was on Wednesday, taken away in his Prado … Continue reading →

‘Catholic Church Does Not Support IVF’-Cleric

The Parish Priest of St. Cyprian Catholic Church, Oko -Oba, Agege, Rev. Fr. Augustine Nnemeka , has revealed that it is wrong for members of the Catholic Church to go for In Vitro Fertilisation in order to procreate. The cleric also stated that impotence was enough ground to dissolve a marriage, as he urged intending … Continue reading →