Posted on November 3, 2021 by giantabilitymn 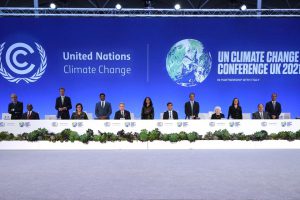 “The cost of inaction is far greater than the cost of prevention.”–The Prince of Wales.

The Climate Change Conference,, also known as COP26 (Conference of the Parties), which is ongoing in Glasgow, hosts Presidents, Royal Highnesses, and Lords from across the globe.  One may be tempted to ask about the significance of the Climate Change Conference in relation to the caliber of delegates that graced the conference.  The emphasis of the conference is on a rescue mission of the planet, which is made possible primarily by a reduction in the number of carbon emissions that go into the air due to the use of the fossil fuel, which is the primary source of power to the industries as well as automobiles, in all the countries across the globe, especially in the developed countries, which have the highest rate of carbon emissions into the air.

The accumulation of excess carbon in the air has spelled doom on the planet, with humans as the direct recipient of the negative effects of climate change.  Climate change, which has manifested itself in several natural disasters such as hurricanes, tornados, and earthquakes, overflooding, and fire outbursts, has sent a signal to the inhabitants of the earth that danger looms large if everything is not done to keep the global temperature at the maximum of 1.5 Celsius and not doing anything to make it go beyond that limit. 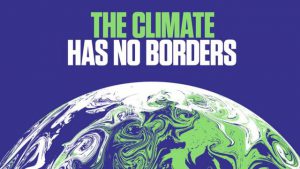 It was to the above description and narrative which tried to capture the essence of the conference that the Prince of Wales alluded with the above quote. The Climate Change Conference is posed to not only make the commitment to the project of mitigation and adaptation as a way of confronting the frontiers of the climate change.  The conference is from all indications a channel through which both the developed and the developing countries of the world come to the realization of the effects of their actions and inactions and with the determination to recover the planet from being lost.It is this natural challenge that exposes the developed countries as the main actors in carbon emissions and this has been on for decades.  It is now incumbent upon the developed countries to invest in climate change in order to save the planet.  It is notable that the developing countries, having suffered so much from the actions of the developed countries, deserve to be fully compensated, even as actions and efforts are being directed towards the recovery of our planet.

How did we come to where we are is the pertinent question to ask and at this juncture.  Recall that the Industrial Revolution, which started in 1760 and ended in 1840, led to the scramble for and the partition of Africa as well as the expeditious passage of the bill for the abolition of slave trade.  The reality then was that machines were to do most of the work done by humans.  Those developments were of mixed blessings,with one of the negative effects that the world is confronted with today being the high global temperature, which if allowed to continue can lead to the extinction of humans.

Now is another era of the new Industrial Revolution, where clean and renewable energy becomes the source of power in our industries as well as automobiles.  This era also ushers in the support for afforestation instead of deforestation. The planting of millions if not billions of trees becomes imperative.  This is the era of GREEN revolution, and green says go.  If life must continue on this planet earth, we must all go green. The concept of the earlier Industrial Revolution agreed scientifically with the concept of “the hotter it gets, the easier it becomes,” which is at variance with the natural principles, example of which is the concept that says “the higher it goes, the cooler it becomes and the cooler it is, the better.”  Humanity naturally likes the convenient options.  To this end, they would rather choose to tame the earth than to till the ground.   In this kind of thinking, the beauty of origination is lost, and the consequences are what we are living with today in the forms of natural disasters.

The earth has spoken, and the world is listening.  Listening is not the same as hearing, and knowing what to do is not the same as doing what we ought to do.  What becomes of the planet will be the outcome of the COP26 where contribution, which manifests itself in the number of the delegates who attended the conference and all of the beautiful contributions that they made, is different from commitment, which means acting what is believed and said with all the alacrity it deserves.  Commitment is likened to peeling an orange, opening a can of Coke, and cracking the eggs, a journey of no return you may wish to say. The journey of one thousand miles begins with a step, and shortcuts always cut a colorful destiny short.  “What do we live for if not to make the world less difficult for each other?”–George Elliott.