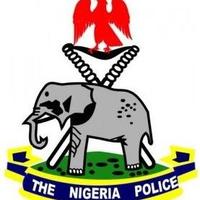 The police has arraigned one Oluwafemi Adeniran in a Badagry Chief Magistrates’ Court, Lagos State, for an alleged theft of musical instruments worth N1 million from a Church.

The Prosecution Counsel, ASP Akpan Ikem, told the court that the defendant committed the offence on July 21 at about 11:50 a.m. at the Salvation Baptist Church, Age-Mowo, Badagry.

He told the court that the 29-year-old also stole two amplifiers, valued at N770, 000, belonging to Rev. Emmanuel Oyedokun.

The offence, he said, contravened the provisions of sections 305 and 287 of the Criminal Law of Lagos, 2015, but the suspect pleaded not guilty to the charges.

The Chief Magistrate, Patrick Adekomaya, admitted the defendant to bail in the sum of N200,000 with two sureties in like sum and adjourned the case until August 28.