One Nation That Epitomizes “The 3 BADS” 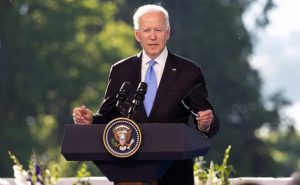 “The 3 BADS” are the bad teachers, the bad students and the bad questions. When a teacher is bad, the right thing to do is to look for his own teacher and when a student is bad, the right thing to do also is to look for his teachers.
But in respect of questions, questions can only be bad when not asked.
In solving the problems we have in our hands, knowledge is key but is not an end in itself. A key is relevant only when there is a door and the door that needs to be unlocked is that of wisdom.

We have so many elites who are a product of formal education with so many accomplishments made by most of them by reason of the application of the acquired knowledge.

However, where the  exploit of knowledge ends is where that of wisdom begins. That is why wisdom is the principal thing.

So many questions have been allowed to go unasked and such careless attitudes led us into the mess where we find ourselves submerged.

Leadership in its original form is traceable to different sources that can be regarded as schools of thought. Some emanate from religious beliefs of the major religions that we have prominent among which are Christianity and Islam.

ALSO READ:  Police Knocks off CAN Protest in Adamawa

Leadership from this school of thought is limited and bound to meet with chaos as religion only points to one leader and that is God.
Some leadership styles also are connected to education and philosophies of great leaders of history and this kind of leadership also because of the differences in individuals, cultures, race, place of birth and what have you cannot potentially serve in the universal capacity.

Democracy as a system of government has so many attractive benefits that are to accrue to the adherence.

Does it matter if the leaders imagine from a democratic process in these countries are democrats themselves deep down?

This is food for thought for the United State of America is who globally recognized as the giant of democracy.

Bear in mind that the world has become a village by reason of technological advancements and the scramble for the allegiance of nations especially in the African continent by rival countries to America is on the increase.
The so called sovereignty of some of the African countries which makes democracy worth  its price is gradually been taken away from these countries by China through the instrument of indebtedness.

This is when the true teachers of old need to work with the new ones in other to produce a new generation of students who will not only conceive in them questions but who will go ahead and ask the questions that agitate their minds for the best questions are those that are asked.