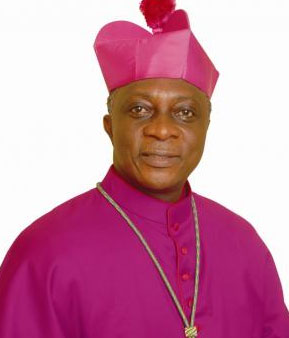 The Catholic Archbishop of Lagos, Most Reverend Alfred Adewale Martins has made an appeal to all ethnic groups in the country to embrace peace and harmony. This was contained in a statement released on Thursday in reaction to reports of violence in parts of the state during last weekend’s Presidential and National Assembly elections. Rev. … Continue reading →

Some French women have voiced out stories of sexual abuse experienced for years at St. John’s community founded at St. Jodard in the Loire region of France by Reverend Marie Dominique Philippe. One of the victims, Lucie told CNN recently that she was 16 when she became involved with a Catholic religious community after attending … Continue reading →

Worshippers at the Saints Peter and Saint Paul Catholic Church, Tedi, Lagos on Sunday dedicated Feb. 23 to God for a successful general election. The News Agency of Nigeria (NAN) reports that the Church had previously consecrated Feb. 16 before the postponement of the elections. Rev. Father Ben Alozie who anchored the prayer session described … Continue reading →

The first ever visit of the Catholic pontiff, Pope Francis, to the United Arab Emirates has recorded the largest-ever public Christian religious gathering on the Arabian Peninsula. The Catholic Church revealing this on Monday said that about 120,000 people were present at the mass which took place in a stadium in the country’s capital, Abu … Continue reading →