The Worst Regime in the History of Nigeria 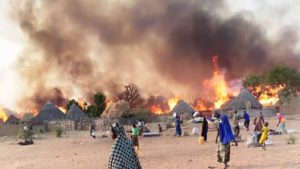 “If a nation expects to be ignorant and free, it expects what never was and never will be.”  Thomas Jefferson

What goes on in Nigeria today in terms of boko haram insurgency, banditry, kidnapping, incessant killings of innocent citizens, corruption, bad governance is unprecedented and to this end, the regime of Major General Muhammadu Buhari fits in for description as the worst in the history of the country.  These problems seem to have defied all possible solutions on one hand while on the other hand, no solutions have been proffered by the people in power, for the problems are man-made with the end of achieving a goal that for a long time have been known to them alone, which now are becoming open to the people who are at the receiving end.

Nothing can be more revealing about Nigeria as a country than the interview granted to Channels TV by the former Navy commander Kunle Olawunmi.  This patriotic and fearless NIgerian bared his mind on things that go on in the corridors of power, which are hidden to the public.  As revealing as his interview was, it is also instructive to those who have ears to hear, mind to think, and head to act.

One major thing that struck me in his interview is the revelation made about the plot that is underway by the Cabals who have hijacked the leadership of the country from the puppets and the figurehead President Muhammadu Buhari to Islamize Nigeria regardless of the cost.  The price to be paid by the innocent Nigerians is what we see in incessant killings carried out by their killer groups known as bandits, kidnappers, and the Fulani hersdsmen. 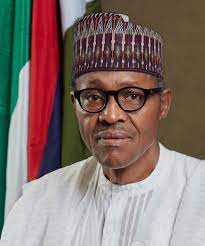 Nigerians have been asleep for too long making this regime to have a field day with regard to the agenda being pursued, which is the suppression of all decent voices by clamping down on media houses and arbitrary arrests of people in the opposition.

To the best of my knowledge, nothing is wrong with Nigeria as a country.  The problem of Nigeria is with the politicians and the clergy who are supposed to be the watchdog of the society against tyranny and oppression in all shapes and forms.  I do not blame the politicians and the so-called leaders who delight in oppressing the people.  I blame the people who have been so naive and complacent for too long.

If the former leaders of the country, like Idrahim Babangida, who wasted so many precious lives and played on the intelligence of Nigerians while they were in power, were made to pay dearly with their lives after leaving office, others would have learned the lessons needed for them to behave.  Former governors and political office holders are not exempted.  If they also had been made to face the music, Nigeria would have been better and leaders like the blood-thirsty Buhari would not be here today.

One truth that I know also is that Muhummadu Buharis and his lieutenants are ritualists, hence the killings of innocent and defenseless Nigerians that go on with impunity and unabatedly.  Where do we look up to and where do we run to?  This barbaric situation in Nigeria is unbearable and has made people become slaves in their own country.

The agitations for self-determination  by the major ethnic groups of Nigeria are the right steps in the right directions and there can be no substitute.  Although, we can not discountenance the activities of some politicians who are sabotaging the efforts and the good intentions of the people from their ethnic groups all in the name of “playing the good boys”.

But one thing that is certain is that no matter how far a lie has gone, the truth will one day overtake it.  Nigerians also are encouraged not to give up.  According to a Chinese proverb: ‘Persistence can grind an iron beam down into a needle.”  To the Cabals, bare in mind that “who overcomes by force has overcome by half his foes.”—John Newton.  There is a God of the Bible who has what it takes to raise up armies from the valley of the dry bones.All armies of the world cannot withstand an idea whose time has come.Let the wicked leaders in Nigeria change, for the day of reckoning is at hand and to the wicked, there is no peace.
Samuel ‘Tunji Adeyanju