Posted on February 25, 2019 by giantabilitymn 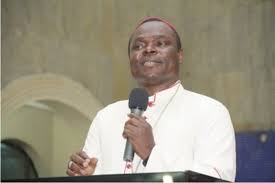 Uromi Diocese Catholic Bishop, Most Reverend Donatus Aihmiosion Ogun, has praised the Governor of Edo State, Godwin Obaseki for his efforts in ensuring peaceful and free conduct of the Presidential and National Assembly elections in the state.

The cleric applauded the Governor during his homily on Sunday at St. Paul’s Catholic Church, in Benin during the thanksgiving mass, in celebration of Prof. Emmanuel Emovon’s 90th birthday.

Ogun said, “We just completed a phase of the 2019 general elections, and I’m happy about the way and manner Edo State electorate conducted themselves and maintained peaceful disposition throughout the state. I thank the governor and all his men for ensuring a peaceful election in the state.

“We’ll continue to pray for governor Obaseki and all those working with him, for ensuring peace in the state, unlike in some other states across the country.”

Speaking, Obaseki explained that the celebrant, who he described as an Edo icon has made Benin people proud, adding that Emovon epitomizes hard work, humility, stewardship, honesty and accountability.

The governor said, “He represents the best, as he has been a teacher, professor, university administrator, minister and a chief.”

In another development, Sun News reports that the State Government also called for continuous support from community leaders, corporate bodies, Non-Governmental Organizations (NGOs) and other well-meaning stakeholders, to deepen efforts at rolling back the effects of deforestation and ensuring sustainability of forest reserves in the state. 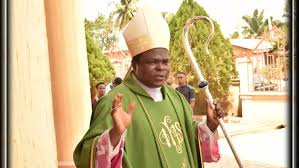