Posted on October 1, 2021 by giantabilitymn

“Childhood must pass away and then youth as surely as age approaches. The true wisdom is to be always seasonabble especially and to change with a good grace in changing circumstances, to love playthings well as a child, to lead an adventurous and honorable youth, and to settle when the time arrives into a green and smiling age is to be a good artist in life and deserve well of yourself and your neighbor.“–Robert Louis Stevenson

The art of life lies in constant adjustments to our surroundings.   A wise man once said that if you cannot fly, run.  If you cannot run, walk.  And if you cannot walk, crawl.  Just make sure you keep moving from one spot to another..  Words of wisdom are the prerogative of the wise; to a fool, wise sayings are foolishness.  Life is constantly in motion though without any physical movements to show.  The journey of sixty-one years is just like a day but we cannot deny aging.  There is every reason to thank God that we are still here and alive to witness this day, which marks the sixty-first anniversary of the country called Nigeria.  The journey has been full of ups and downs, bitterness and sweetness, and that is what life is all about.  The contrast that we see in life is what makes life what it is.   Different people are bound to have different opinions, and as a result there are different understandings about what life really is.    We therefore have different reasons resulting out of different perspectives with regard to the assessment of the journey so far especially from 1960 when Nigeria as a country gained her independence to date.

On a serious note and with all sincerity, leadership has been the bane of the underdevelopment of the country.  This problem to a large extent, especially as we have it today, in the present regime of Muhammadu Buhari, where nepotism has been weaponized, the youths of this country called Nigeria have no hope and do not have a tomorrow.  This explains why there are agitations in the Southwest and the Southeast of the country.  The future of the country is bleak, and with no hope at all of seeing any light at the end of the tunnel.  There has never been any national assembly in the history of the country that is worse than the present ninth assembly, which is just a rubber stamp of the executive.

Human beings are ordinarily expected to be wiser as they grow older.  But this is not true with the politicians that we have in Nigeria.  They are being reduced to the level of animals in their imaginations and thinking. That is why the country is now at the verge of total collapse, with different ethnic groups trying to go their ways by agitating for self-determination.  I took time  to listen to the submissions of most of the African countries at the seventy-sixth edition of the United Nations General Assembly.  My expectation was to hear the President and be encouraged by what was to come from Nigeria, which other African countries look to and call the giant of Africa.  Contrarry to my expectations, the President of the country, Muhammadu Buhari spent just 18 minutes reading his notes, which was just all about begging for help.in the area of debt repayment and adjustments with nothing whatsoever to say about what his administration has achieved in the last six years or what plans are on the ground to better the lives of Nigerians.  It was indeed a shameful appearance when compared with the submissions of the other, even smaller, African countries. 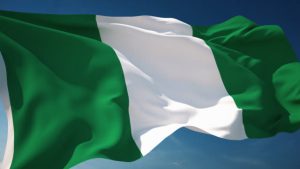 This sixty-first anniversary, rather than being a time of celebration, should be a time of reflection on the need and necessity of turning the destinies of Nigerians by allowing for the realization of self-determination by the two major ethnic groups who are clamoring and yearning for it.  There is no sense in doing the same thing the same way since 1960 to date and expecting different results that can move the country forward as well as turn around the destinies of the people for the better.

There is an error which needs to be corrected until those who have the mindset of servants are relegated to their rightful position of servanthood and not riding on horses when those who are truly endowed with the mindset of kings are made to work on the ground.  The country cannot achieve any greatness in another sixty years to come.  The country today has been divided along the lines of religion, ethnicity, and tribes, and no wonder the country is swallowed up by the menace of banditry, terrorism, kidnapping and other forms of social vices.  A member of the country’s National Assembly just yesterday sponsored a deal which calls on the President of the nation to declare all the bandits that have been terrorizing the country as terrorists, and this call came just after a prominent Nigerian, Dr.  Chike Akunyili, husband of the late former Director-General of the National Agency for Food and Drug Administration and Control (NAFDAC), Dora Akunyili, from Anambra state was gunned down alongside others who are not as prominent as him by the so-called bandits.

My question is this:  Must a responsible leader and President of a country wait until he’s called upon to declare those who are killing, maiming, and kidnapping the innocent citizens of this country as terrorists.  This is clear evidence why President Muhammadu Buhari himself has been branded as a terrorist.

We can go on and on and on with accounting the evils that are befalling the country called Nigeria since the All Progressive Congress (APC) government under the watch of Muhammadu Buhari came to power in 2015.  There is nothing good whatsoever that has happened to Nigeria since this regime came to power. To compound the problems that the people are confronted with is the  controversy going on between the Northern and Southern governors about power shifts.  These altogether are useless and selfless politicians who when weighed on the scale of morality amount to nothing but zero.  They are too busy in their usual business of trying to truncate the destinies of their people all in the name of winning elections and amassing wealth of the country only for their own families.  God will surely judge them.

They are all blind not even to see the finger of God when already the hand of almighty God has been stretched in the direction of the country called Nigeria to turn it around by force.  When God stretches forth his hand, who can turn it back?

The situation of Nigeria about what to do next and where else to turn is answered clearly by a parable found in the scriptures about the wheat and the tares.  The original concern as reflected in the question  that was first asked was how did the tares come to be among the wheat?  And the answer simply is that when man was asleep, his enemy came and sprayed the tares on the man’s wheat farmland.  This simply means that we, as Nigerians, have been so careless about the evils that have been and are still being perpetrated by the Fulaniis since 1960 to date when the country gained her independence.  Another question that came up was about how to separate the tares from the wheat and who should carry out the assignment.  The answer was that the agitators should keep doing what they are doing.  The Master responded saying that in order to avoid a situation, where the wheat will be mistakenly uprooted alongside the tares, which are meant to be consumed by fire, wisdom demands that the assignment be given to the angels who operate by divine wisdom and understanding, for wisdom is profitable to direct.

On a final note, the problem of Nigeria which essentially is that of bad and mediocre leadership has surpassed what useless and unscrupulous politicians as well as the well-meaning citizens of the country can solve.  It is time for God to act, for the weeping of the innocent citizens due to the incessant killings by the satanic and blood-thirsty Fulanis from the Northern part of the country called Nigeria has been on for more than a while and a night.  Let no agent of the devil in whatever guise come out and preach peace to Nigerians when he or she has failed to say to the wicked that there shall be no peace to them.

“Happy are they my son who shall learn not to despair but shall remember that, though the day is past, and their strength is wasted, there yet remains one effort to be made; that reformation is never hopeless, nor sincere endeavors ever unassisted;;that the wanderer may at length return after all his errors; and that he who implores strength and courage from above, shall find danger and difficulty give way before him.”– Samuel Johnson

Nigeria at 61, instead of running, is crawling and there is no measurable goal as well as destination in view..  Heaven helps those who help themselves.