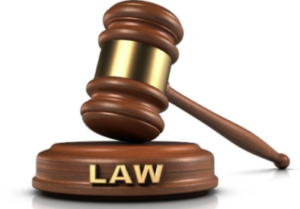 An Ikeja Special Offences Court has remanded a Lagos based prophetess, Linda Mabi-Praise of the Temple of Praise Church, Adeniran Ogunsanya Street, Surulere, at the Kirikiri Female Prisons for allegedly perpetuating a diesel scam aimed at defrauding a company of the sum of N500,000.

The Economic and Financial Crimes Commission (EFCC) who had arraigned the prophetess on an eight count charge of stealing, obtaining money under false pretense and issuance of dud cheques further revealed that the suspect has at least three related fraud cases before two justices of the Special Court.

The prosecuting counsel, Frank Ofoma told the court that the suspect and her company, Mutano Energy Ltd allegedly committed the offences in 2017 in Lagos.

The anti-graft agency alleged that that the defendant received N503.3 million in five tranches from the complainant, Tophara Ventures Ltd., after which they were issued three dud cheques.

According to Ofoma, “On April 4, 2017, the defendant fraudulently obtained N80 million from Tophara Ventures Nigeria Ltd., by falsely representing to the company that the money was for cost of diesel importation.

“On April 24, 2017, the defendants dishonestly stole and converted N137.1 million from the complainant and sometime in 2017, she stole N48 million from Tophara Ventures Nigeria Ltd.”

The prosecution stated that the prophetess committed the act on May 3, 2017 with the intent to defraud

The presiding justice, Sherifat Solebo granted the defendant bail to the tune of N25 million with two sureties in like sum.

This entry was posted in Uncategorized and tagged Court, EFCC, Law. Bookmark the permalink.