Queen Naomi Silekunola Ogunwusi: Maintaining a Momentum is Easier than Gaining It

Posted on December 25, 2021 by giantabilitymn 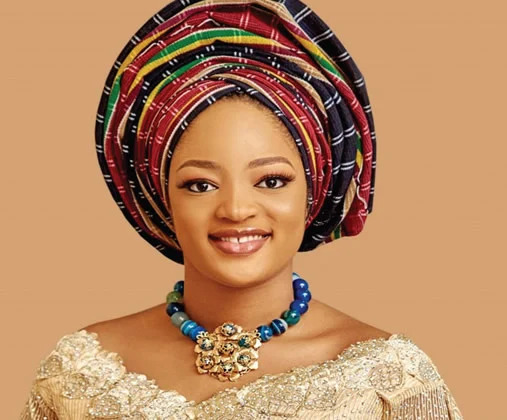 The reports on the news of the unforeseen divorce of His Royal Majesty Adeyeye Ogunwusi Ojaja II, the Ooni of Ife, was not only dumbfounding but saddening and devastating. This was so not because it is a taboo but because of the people involved and the people affected. Queen Naomi happened to be known as a prophetess before and after she got married to the king, and from that standpoint, one expected much from her in terms of character. As a matter of fact, the news caught most Nigerians within and outside the shores of the country unawares and unguarded not because people expected that married life should be rosy and problem-free, but because to whom much is given much also is expected.

What worsens the situation, also, is the fact that the only male child that was born by Queen Naomi to His Royal Majesty just celebrated his one year anniversary in November 2021. The connection of this prince and innocent boy to the gloomy situation makes the heart to ache.

The announcement of the divorce was made known through Queen Naomi’s Instagram page where she outlined some of the reasons why her marriage had to hit the rock. This method of announcing the incident to the world, also, is rude and disrespectful to both of them.

The question that agitates my mind is did Queen Naomi take her precious time to find out who exactly the man she was surrendering her love to was, and what his office as the Ooni of Ife represents. If actually she did take her time to investigate before going in, what is happening right now the culmination of which is her announcing divorce of the paramount ruler would have been a thing of surprise and uncalled for.

Regardless of whether she peeked before jumping or not, finding herself in that situation and with the experience she gathered in the palace living with the king should have been instructive enough to teach her the ways of escape, not from the palace or her marriage but from the accompanying regrets of actions not well thought of before taking them. A good example is the announcement she made on Thursday, December 23rd, through her Instagram page in respect of divorcing or dumping His Royal Majesty, her husband and the father of her only son, Prince Tadenikawo.

“How many people are completely successful in every department of life? Not one. The most successful people are the ones who learn from their mistakes, and turn their failures into opportunities. Every scientific invention, every business enterprise, and every happy marriage has resulted from a series of failures. No one succeeds without them. A failure means you’ve put forth some effort. That’s good. Failure gives you an opportunity to learn a better way to do it. That’s positive. A failure teaches you something and adds to your experience. That’s very helpful. Failure is an event, and never a person; an attitude and not an outcome; a temporary inconvenience, a stepping stone. Our response to it determines how helpful it can be.” –Zig Ziglar.

In my own opinion, and making sense from the above quote, I am constrained to say that Queen Naomi has learned nothing but has forgotten so much, especially instructions from the Bible and as a prophetess. I thought Queen Naomi got into marriage for the things that are in it and not for the things to get from it, and with that mind, commitment was expected as opposed to just contribution.

Marriage from the Christian perspective is expected to be a journey of no return. However, if there are reasons that would make it difficult to achieve that goal, such things must be humanly unbearable and reasonable to whosoever hears about them.

There is no perfect marriage as Queen Naomi already knew. One may excuse whatever mistakes made by Queen Naomi because of her age because she just turned 28 years old. Nonetheless, she has always had her mom around her, even to the extent of living with her in the palace, which ordinarily is a questionable picture to behold. So it is not over unless it is over, and if truly God orchestrated the marriage in question, He is more than able to fix whatever problems that are in it.

A wise man once suggested that if you live in the river you must make friends with the crocodile, and where you cannot extend your arm, don’t even give your hand. This is food for thought to the Queen. Two wrongs cannot make a right. You just don’t quit a belief because it ceases to be true as expected. Holding onto it longer will make the belief become true again.

“If I were asked to give the most useful advice to all humanity, it would be this: Expect trouble as an inevitable part of life, and when it comes, hold your head high, look it squarely in the eye and say “I will be bigger than you. You cannot defeat me.” Then repeat to yourself the most comforting of all words, “This too shall pass.” Maintaining self-respect in the face of a devastating experience is of prime importance.”–Ann Landers

Nigerians, who live both within and outside the country, have reacted to this development in different ways with several pleasant and unpleasant comments made. That is expected and understandable, but the truth remains that change does not come easily most of the time, and those changes that we see most of the time are truce going in and out of favored opinions.

My plea and request before God and man is for this heartbreaking announcement made by Queen Naomi to turn out as a mirage and a dream that would not be able to see the light of day. It is not enough to consider the crown to enhance your patience, energy, creativity and persistence. Connecting our weaknesses to the living turns the weaknesses into strengths and to him that is joined to all the living, there is hope–a living dog is better than a dead lion. Maintaining momentum in life is easier than gaining it.
May this message find Queen Naomi Silekunola, the amiable and adorable wife and the mother to the only prince of His Royal Majesty, Adeyeye Ogunwusi Ojaja II in peace, and may the peace of the Almighty God rest and abide with you all. God bless you.