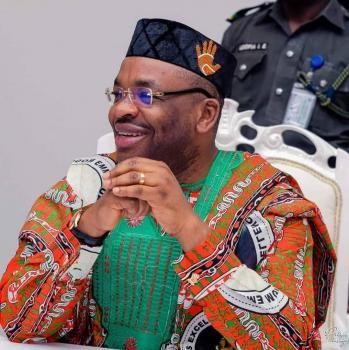 Akwa Ibom State Commissioner for Works, Ephraim Inyangeyen, has described the victory of Governor of Akwa Ibom, Udom Emmanuel, as an act of God. Reacting to the outcome of the March 9 governorship election, which Emmanuel won with a wide margin of votes, Inyangeyen said that he was not surprised about the outcome because “Governor … Continue reading →

Catholic Bishop of Awka Diocese, Paulinus Ezeokafor has called on Nigerians to keep faith with the Independent National Electoral Commission (INEC) and adjust to the inconveniences caused by the shift in the dates of the elections. The Bishop gave the advice at a news conference in Awka on Sunday, adding that people should stop blaming … Continue reading →

CAN to Deploy 1000 Election Observers – Ayokunle

The Christian Association of Nigeria (CAN) has released a total of 1000 election observers across the country to monitor the 2019 general elections. The association has also admonished Nigerians to pray that the elections would hold as rescheduled by the Independent National Electoral Commission (INEC). The President of the association, Rev. Samson Ayokunle, who spoke at … Continue reading →

Ahead of the forth-coming general elections billed for this weekend, Christian clerics under the aegis of the Catholic Bishops Conference of Nigeria (CBCN), have directed Christians in the country to go on a three-day fasting and prayer this week. This directive, the Catholic bishops say, is to ensure the country averts crises, remains united and … Continue reading →

Kaduna: CAN Holds Prayer Rally for Peace during Election

The Kaduna State chapter of the Christian Association of Nigeria has held a prayer rally in the State on Sunday to seek for peace in the country during the forth-coming general elections. The rally which took place at the Albarka Fellowship Baptist Church in the state on Sunday witnessed the attendance of not less than … Continue reading →