The Politics of Climate Change

Posted on November 16, 2021 by giantabilitymn

One notable thing about the administration of President Joe Biden is his strong belief in science and the timely responses made to situations that called for actions as preventive or curative measures.  This position, to a large extent, has yielded positive results, especially in relation to the concerted efforts made by the administration in the distribution of COVID-19 vaccinations to all Americans and even vulnerable countries outside the states.  The clarion call on individuals, organizations, and nations on the need for ambitious commitments to the problems of climate change in relation to the works of mitigation and adaptation is now on the front burner. The just-concluded COP26 (Conference of the Parties, the United Nations Climate Change Conference) in Glasgow demonstrates the urgency and the determination of the international community to live by the Paris Agreement of the Global Reduction and Carbon Emissions and keeping the global temperature not more than 1.5 Celsius.

From the open and going by all the scientific facts brought on the table by the ICCP (IBS Center for Climate Physics) and embraced by the developed countries under the auspices of the United Nations, the required spelt-out action to mitigate against the effects of climate change and the adaptation to mitigate against and adapt to the effects of climate change are strong and convincing.  However, there are so many angles from which critics of this movement are looking at the project, some of which include the political, economic and social.  There are people in the opposition who believe that the problem at hand is real but that it does not deserve the kind of urgent attention being accorded.  The opinion is that some leaders are just trying to use climate change as a way of scoring political points.  It is on record that after the Paris Agreement, where the seed of the actions to recover the planet was sewn by world leaders in 2015 when President Barak Obama was the President of the United States, regardless of the popularity and the international acceptance of the move, President Trump, on succeeding President Barak Obama, single handedly pulled America out of the Paris Agreement.

The same apathy was shown by the leaders of China and Russia, who failed to attend  the COP26.  Could it be that these leaders who have not fallen for the climate change action are oblivious of the negative effects of climate change around the globe?  The answer definitely will be “no”, but that does not clearly reveal their intentions for not supporting the move beyond the fact that they do not consider the effects of the climate change as threatening enough to command such urgency that is accorded it.  On the other hand, there are leaders of the developing countries who also are considered as vulnerable to climate change who have some political biases to the call made for ambitious actions by the developed countries.

Another question in mind is about the motivation behind the actions of the developed countries in championing this cause, which one is yet to determine which part of the countries between the developed and the developing stand to be more impacted negatively by the outcomes of the climate change.  If the developed countries are simply expressing generosity and concern for humanity, the pertinent question being asked silently is why has the equitable distribution of the COVID-19 vaccine to all the poor and vulnerable countries not been vigorously and ambitiously pursued as it is with the climate change issue.

Another factor that is of great concern to the participants and cooperating nations is how this development is likely going to negatively impact on the economy of most nations, especially the poor, vulnerable and developing.  It is a known fact to all that the developing nations or countries will need a huge amount of financial support in order to transition from dirty energy to renewable energy.  To the developing nations, this development is nothing other than starting their economic lives from scratch again.

Imagine some of the developing nations who have never been into the production of automobiles on their own before now, who have depended solely on the importation of automobiles from the developed countries and all they have all along are the automobiles that use fossil fuels now having to make a  turn from where they used to be to where they need to be.  This indeed is a challenge that will leave some of these countries backward and keep them struggling for years to come if not forever.

The transitions that the developed countries have to make are not in any way serious because as a matter of fact, the technologies needed to make the transition are already on ground not unlike the developing countries who still have to depend on technology transfer for them to even get started at all on the journey that the climate change agenda is taking them.  This action brings to remembrance the period of the Industrial Revolution, which led to the scramble for and the partition of Africa when the industrialized countries were looking for markets, where to sell their finished products, and ended up considering making the African continent become a dumping ground for their finished products.

It is a realization of the fact that any time that the developed countries introduce gigantic and life transforming ideas like that of climate change as well as the Industrial Revolution, the poor and the vulnerable countries end up as the recipient of both the good and the bad outcomes of the experiments. The consolation that the developing countries have right now, which also is motivating them into pledging their allegiance to the task and conditions of the climate change is the financial gains, which as a matter of fact should have been their entitlement considering all the atrocities committed against them, one of which has just come to the fore now in the form of carbon emission into the air, which was, to a large extent, the doings of the developed countries.

The same way the poor and the vulnerable countries are running after the developed countries for free distribution of the COVID-19 vaccines by developed countries is the same way they will be running and remain ever-dependent on them for financial support in relation to the mitigation and adaptation efforts on climate change.  These are the true situations of things and which to a large extent, depending on how things are handled, will affect the success of the climate change crusade, which has kicked off on a promising note.

The social aspect of the climate change project is its effects on the social life of the people, especially the people of the poor and vulnerable countries. A change in the economy of these countries will lead to unemployment, which already has been a social problem that most of these countries are battling, although leaders at the COP 26 gave assurances that the transition from dirty energy to clean energy would bring about new investment opportunities, which would in turn lead to creation of new jobs for the unemployed, but the reality of that will not be immediate, and before things turn around and people become adjusted into the new system, there will be serious sufferings, and that might dampen the hopes of youth in these countries who in turn might resort to criminality.  So, regardless of where the change is viewed from, one cannot discountenance the serious social effects that the climate change problems bring.

It is a fact that funding is critical and that is already a promise made by the developed countries in the amount of 100 billion dollars yearly to the poor and the vulnerable countries for mitigation and adaptation. What leaders need to know, which most of them must have known, about this transition is that it won’t be an easy exercise for the developing countries but how things go will depend on how receptive and determined the leaders of the developing countries are to the cause of climate change.
In addition to the above speculations and anticipated challenges is the problem coming from the place of spirituality.  Some people will forever be averse to any solution that is entirely and absolutely scientific in nature for, going by their beliefs, the climate is not independent of what goes on outside and beyond it.  They will never agree that man is in total control of the planet, where he can do and undo, make and unmake, damage and repair, and if possible, recreate it.  But this movement, for all intents and purposes, is physically scientific and has no recourse to anything spiritual.

This might be another factor that may apply to the effectiveness of different member nations.  As we all know, different nations have inalienable rights to practice the religion of their choice.  Some  nations of the world, from observations, are more or less theocratic and it will be difficult if not impossible for them to embrace any ideas that would alienate them from their religious beliefs.  For instance, the two major religions practiced in the majority of the nations who are members of this movement are Islam and Christianity.  I may not know so much about Islam, but as a Christian I know that you cannot divorce the planet from heaven, and to a Christian believer, it is still believed that God created the heavens and the earth, and the Creator, being God, has not abdicated from His responsibility of watching over the planet.  As a matter of fact, what we consider today as some of the effects of climate change have been foretold in the Bible, and some of them have been happening even before the Industrial Revolution, which is believed to be a major cause of climate change. 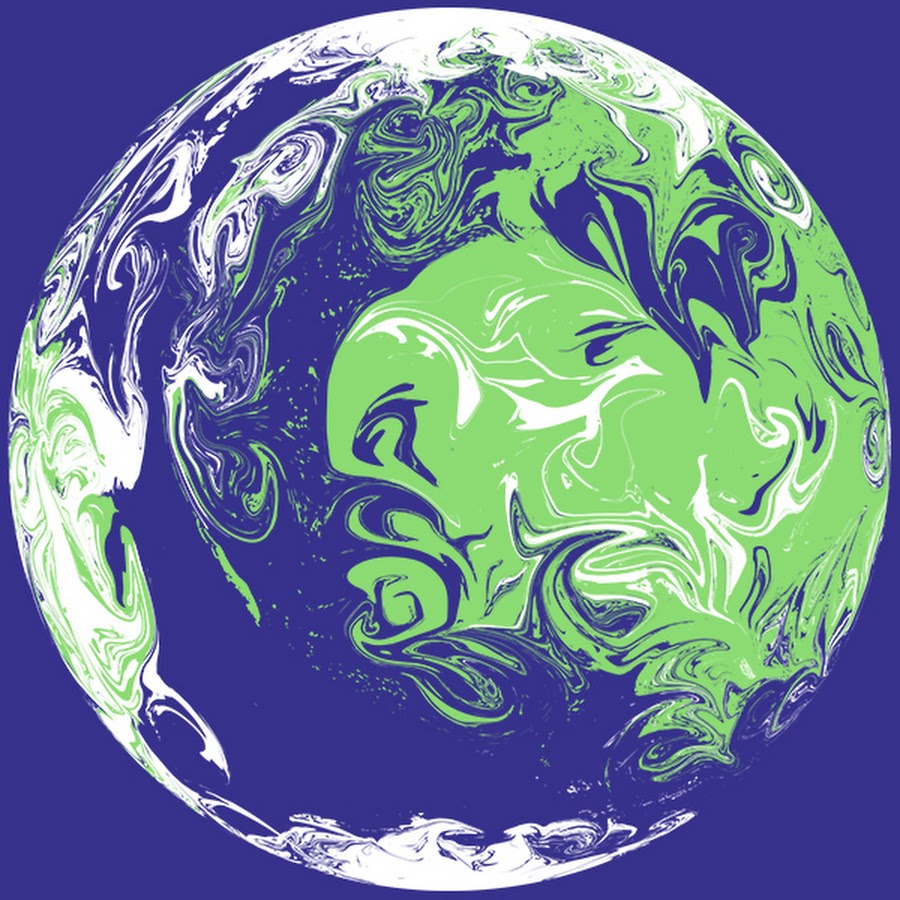 This factor will have to be taken into consideration and put in its proper perspective if the fight to recover the planet is not to end in a fiasco.  There has never been a known problem between science and spirituality.  All that has been the problem is the extremist stance and posture of the scientists when it comes to striking a balance between the place of spirituality and that of science.  This disconnect can be used to advance political positions. For example, in America, the Republicans are known by their political ideologies to embrace some beliefs that have semblance with those of the Bible whereas the Democrats are inclined more towards science.  This can present itself as a clog in the wheels of progress, especially with regard to the climate change agenda.

All hands must be on deck to find amicable solutions to some of these problems that are likely to mitigate against the concerted efforts of all and sundry in the direction of saving the planet.  We will see how things go, but wisdom demands that when problems come, we should not go with them.   The recovery of the planet is a task that must be done, but how we go about it will determine the outcomes that we get.

“However dark the prospects, however intractable the opposition, however devious and mendacious the diplomacy of our opponents, we ourselves have to carry so clear and intense a picture of our common humanity that we see the brother beneath the enemy, and snatch at every opportunity to break through to his reason and his conscience and indeed his enlightened self-interest.”–Adlai E. Stevenson