Towards Preventing Military Coups in Africa 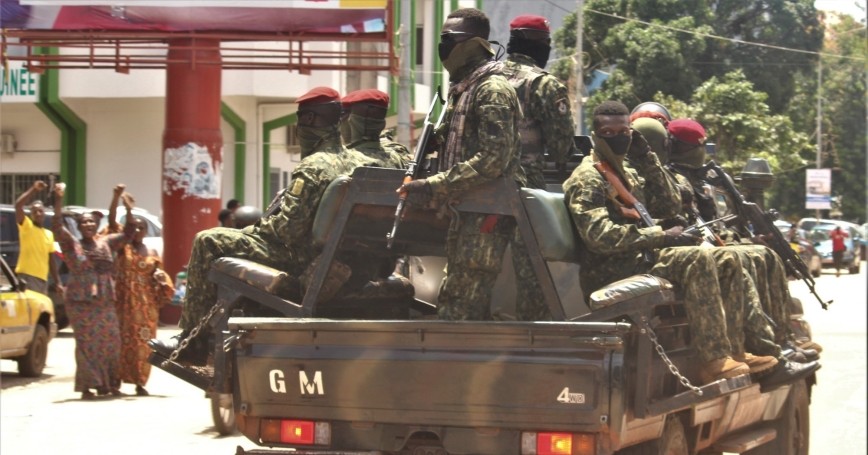 In almost all the countries of the world, the functions of the military are more or less the same in nature and in terms of responsibility.  Just as it is well-entrenched in the constitution of most countries of the world that the security of lives and property of the citizenry is paramount and the primary function of the executive branch of government, the same way in the same vein, the military and all the other armed forces have it as a paramount duty the protection of the territorial integrity of the country.  The police are in charge of the enforcement of the laws of a country.  So how it has now become the functions of the military to rule a country is a matter of concern which also deserves the attention of all well-meaning citizens of the world.

From most of the cases and lessons learned from the military coups that have taken place in parts of the African continent, one cannot but attribute the immediate cause of such acts to poor governance.  Most of the leaders in countries that are democracies have, more often than not, failed in providing leadership that allowed for the flow of the dividend of democracy to the people.  Rather than the definition of democracy, which is the government of the people, for the people, and by the people, being experienced practically, what you have close in practice is the government of the people, for the people, but not run by the people.

Military coups, most of them that took place in Africa, capitalized on the problem of poor governance.  Are military coups avoidable?  The answer is yes.  How to avoid coups, especially in Africa, is to have a democracy that works, not just a democracy that is democratic only on paper but not practicable.  There is need for a template such that emphasizes evidence-based type of government where the activities of government are measurable.  In addition to having a functional and productive system of government on ground, the developed countries, also on their part, should have a political will such that guarantees conducive political and economic environments in Africa.  All agencies affiliated to the United Nations, who have the original offices in different parts of Africa, should double up their proactivity in those countries in such a way that preventive diplomacies will be given the priorities they deserve as a panacea to the problems of agitations and restiveness.

The kind of democracies that are operational in Africa are in the real sense of how they are designed to look just like the American democracy.   However, they are engineered not to work the same way.  The situation of the African continent looks pitiable especially when considering how unassuming the leaders are with regard to matters of real development and transformation in Africa. They seem like basking in the euphoria of erroneous complacency just like the giant of Africa who also is like an elephant with the feet of clay.  That is just the true picture of the African continent.

Every king is so called because of the kingdom that he lives in.  The more prestigious a king is considered to be, the more his problems.  That is why kings are said to have long arms, but misfortune longer.  No king therefore is expected to consider himself out of reach.  No matter how mighty a country is considered to be, it cannot change the whole world or impact it positively or negatively.  Changing the world begins with changing your world.  You cannot choose to remain stagnant and in a world that is stuck, while expecting miracles to fall from abroad.  If you cannot get it from above, getting it from abroad will only compound the problems because what you are getting from abroad is nothing other than the imported problems in the form of ideology and technology.

Africans must shine their eyes well in order to see well because not all that glitters is gold.  More often than not, gifts of enormous value come in rough packages.  You have skirted around this mountain of ignorance and mental slavery for too long.  The Red Sea did not give up until they dared it.  Most mountains of life will not move until we move.

Bear in mind also that coups in Africa were and are carried out by Africans and are different from invasion.  African problems can be solved by Africans where there is the will and the courage to do so.

The political situation in Nigeria, which is considered to be the largest democracy in Africa, is volatile.  Looking at the structure that is on ground, which is already weakened by insurgency, banditry, and all other forms of insecurity, one can easily predict that a military coup looms in Nigeria.  Whether this is preventable or not is food for thought.