Posted on February 7, 2019 by giantabilitymn 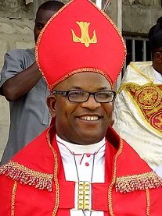 Bishop of Anglican Church, Sapele Diocese in Delta State, Reverend Blessing Erifeta has said openly that politicians have diverted from ‘thuggery rigging’ to what he called ‘executive rigging.’

Bishop Erifeta made the accusation at the end of a communion service at St. Paul Anglican Church, Osubi, Okpe Local Government Area of the state, organized to mark the 10-years anniversary of the diocese.

He said that politicians are now into executive rigging and have appointed prominent persons and officials of the Independent National Electoral Commission (INEC) to assist them. 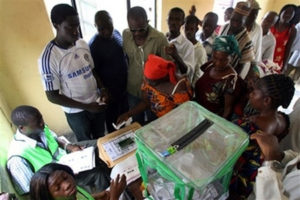 The Bishop warned Nigerians to vote credible candidates into office irrespective of party affiliation for the interest of the country’s development, charging INEC to ensure that Nigerians’ votes count.

“Until Nigerians allow God to take His place, there won’t be free and fair elections. What they call credible elections are not credible in the real sense. The results are sometimes arranged by INEC and some influential politicians.

“What they call free elections can’t be classified as good. What they are now doing in today’s politics is ‘executive rigging.’ They have left ‘thuggery rigging’. This executive rigging lies between who is who in the society and some INEC officials.

“Until that stigma is removed, don’t think of any credible elections. It is humans that will make the exercise credible, free and fair. The credibility of the 2019 general election is with us (Nigerians), including the politicians and INEC.” The Bishop said.

However, it should be recalled that reports from news media in the country had previously shown that ahead of the elections, INEC supposed that politicians in Akwa Ibom state had plans to write results of the polls.

The State resident electoral commissioner, Mike Igini, made the allegation at a public briefing to preview the forthcoming elections in the state.