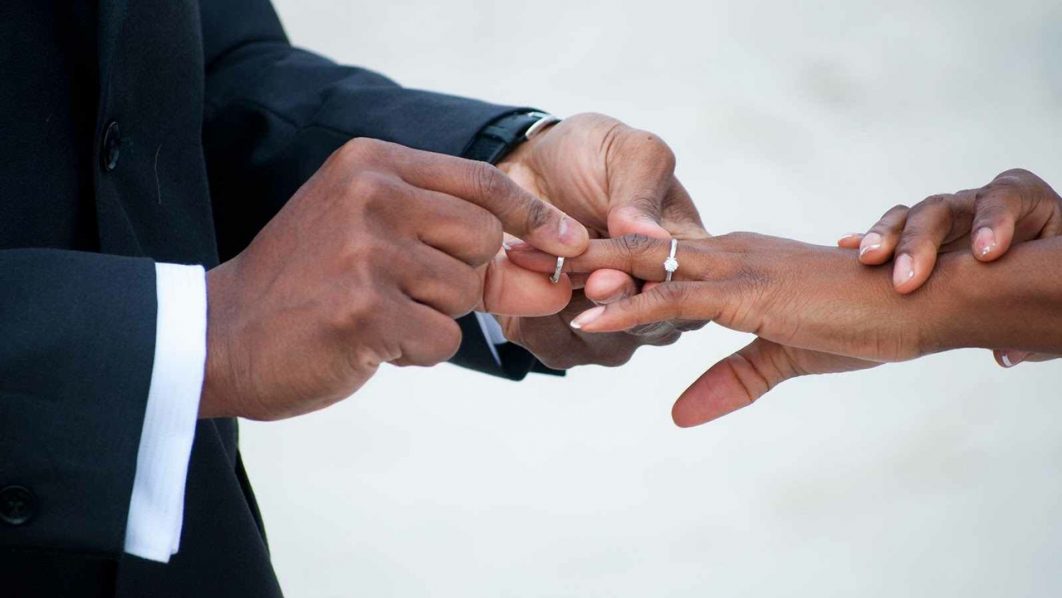 The Christian Association of Nigeria has faulted the Federal Government over its insistence that places of worship must obtain licences from the Ministry of Interior before conducting weddings under the Marriage Act.

CAN’s Legal Adviser, Samuel Kwamkur who revealed this in an interview on Tuesday argued that churches had been contracting marriages without any issues saying the FG had an ulterior motive for insisting on this directive, making it look suspicious.

However, the legal adviser of CAN, Kwamkur, who said he was aware that the relevant laws provided for churches to contract marriages, expressed concerns over the directive that churches must renew their licences.

Kwamkur said, “In any case, the registration by churches is done once and it is done by their headquarters. So, the issue of going to renew their licences to contract marriages is very strange, I don’t think it is something the Church can accept. If not for the purposes of travelling, I wonder why they are raising the issue.

“As a Church, we cannot be bound by what they are saying. We have our registration, guidelines and records as churches and we operate independently, so no government can coerce us. The validity of marriage should be beyond the validity of certificate.”

Asked if CAN would challenge the ministry’s directive, Kwamkur said the Christian body was still studying the situation and would respond at the appropriate time, as he wondered “why are they interested in Christianity? What about Islam? Where are they (mosques) collecting their certificates? Where are they registering their marriages? I don’t know why the government is focusing on these issues instead of developing the country. I think it is diversionary to cover for their lack of performance.”

The Ministry of Interior, in its reaction, told The Punch that statutory weddings conducted in places of worship that were not licenced by it, were illegal. The ministry’s permanent secretary, Georgina Ehuriah had at a stakeholders’ conference last week, said that only 314 worship centres in the country were licenced to contract statutory weddings.

Ehuriah had stated, “presently, only about 4,689 licensed places of worship in Nigeria have updated their records with the Ministry of Interior of which only 314 have renewed their licences to conduct statutory marriages.

She added that arrangements are being made to give couples whose certificates were not issued in line with the Act the opportunity to bring them to conformity.

Data obtained from the ministry’s website indicates that worship centres in 15 states lacked the licence, hence, do not have the legal authority to conduct weddings under the act. The affected states include Adamawa, Bauchi, Benue, Borno, Ekiti, Gombe, Jigawa, Kano, Katsina, Kebbi, Niger, Sokoto, Taraba, Yobe and Zamfara States.

It was also observed that no mosque was among the list of worship centres licensed by the ministry to conduct weddings and explaining why this is, the interior ministry spokesman, Mohammed Manga revealed that the monogamous marriage, which is statutory, is regulated by the Marriage Act, 2004, while polygamous marriage, preferred by Muslims, falls under the Customary and Islamic Laws.

Manga stated, “Statutory marriage is an item under the exclusive list of the Federal Government, therefore, no state House of Assembly can legislate on marriage except those contracted under the Customary Law or Islamic Law.

“The procedure, the role and functions of key players in the conduct of statutory marriages are purely constitutional and guided by relevant laws i e. Marriage Act Cap M6 of the laws of the Federation of Nigeria 2004, as amended,” the spokesman explained.

Stating further, Manga said that the licence obtained by the headquarters of a Church was not applicable to its branches nationwide; adding that all branches must obtain their licences on merit but on the recommendations of their headquarters.

He said, “Although the celebration of monogamous marriage in Nigeria is regulated by the Marriage Act, such marriage is usually referred to as statutory marriage.

The ministry spokesman further referred to a note on the website, www.ecitibiz.interior.gov.ng which stated, “If your place of worship is not listed, then the place of worship is not approved and licensed to conduct legal marriages in Nigeria under the Marriage Act CAP M 6 LFN (2004) of the constitution of the Federal Republic of Nigeria.”

The website also admonished intending couples to ensure that their places of worship was approved and licensed by the Ministry of Interior to conduct marriage.

A Catholic Priest and former Director (Church and Society), Catholic Secretariat of Nigeria , Rev. Fr. Evaristus Bassey said, “Actually in the Catholic Church the code of canon law directs that marriages should follow the laid down laws of the land. Even the code recognises that not all churches are registered for marriages. I think at some point, the government got confused and lax and wasn’t issuing licences or printing the tripartite certificates that churches use as well.”

Also, an Islamic scholar and lecturer at the Al- Hikma University, Ilorin, Ustaz Sanusi Lafiaji, said the government was overstepping its boundaries by seeking to regulate how weddings were conducted in worship centres.