Posted on September 10, 2018 by giantabilitymn 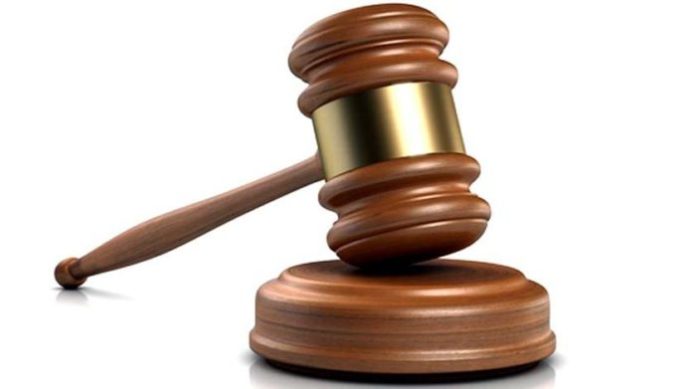 The police have docked a footballer, Sola Fabiyi before an Ikeja Magistrates’ Court on Friday for allegedly stealing valuables worth N320,000 from Full Gospel Church of God, Alagbado, Lagos.

Fabiyi, who is on trial for conspiracy, housebreaking and stealing, was said to have broken into the church at 2, Odutola Estate Alagbado, stealing a mixer organ and an engine valued at N320, 000.

The Prosecutor, Inspector Victor Eruada told the court that the accused with others, now at large, committed the offences on August 18 at 6am.

Eruada alleged that the suspects and others also stole a motorcycle marked LAR 537 QJ with which they allegedly conveyed the items stolen from the church.

He told the court that Fabiyi, who was caught by members of the area’s neighborhood security watch handed him over to the police.

Eruada said the offences violated Sections 287, 311 and 411 of the Criminal Law of Lagos State 2015, (Revised). He also stated that Sections 287 and 311 stipulate a three-year jail term for offenders.

While pleading not guilty to the charges, the presiding Chief Magistrate, M. I. Dan-Oni, granted the suspect bail in the sum of N300,000 with two sureties in like sum who must be gainfully employed with an evidence of two year’s tax payment to the Lagos State Government.

The case was however adjourned to September 20 for further hearing.

ALSO READ:  Pastor Banned from Praying with Football Team
This entry was posted in Sports. Bookmark the permalink.