Posted on April 8, 2021 by giantabilitymn

The #EndSars protest ended with its achievements and failures. Thereafter, the #EndNigeria agitation started. What #EndNigeria connotes includes servitude and hopelessness. Every journey of life has its twist and turns, but as long as the journey is turning us all in the right direction, there is no doubt that the right destination is in view and attainable.

It’s insanity to keep doing one thing the same way and expect a different result. No matter how long we have gone in a journey, as soon as we discover that we are on the wrong road, notwithstanding, a U-turn becomes the only option.

Nigerians have skirted round the mountain of retrogression and mediocrity for as old as the country is in the name of unity. Whereas, the amalgamation of 1914 by Britain, which happened to our colonial country, was laid on a wrong pedestal representing a faulty foundation. This marriage has generated so many intractable problems some of which can only be overcome by a peaceful break-up. Only one section of the country, which is the north, has been benefiting from the union since independence and this, to a large extent, has stagnated the country’s development and blocked all channels of progress.

On a final note, the Oduduwa republic’s declaration or the Yoruba nation of March 18, 2021 was long overdue and is a journey in the right direction. All hands need to be put on deck as we engage the instrument of our mouth to build a country where our destinies and those of our children can blossom. So, we should not be distracted by the politicians’ activities whose only aim and goal are to win the election. Oduduwa republic has come to stay, and a journey of 1000 miles begins with a step. 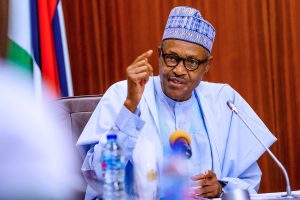 Now that the quick notice given to President Muhammadu Buhari, which expired on March 31st 2021, was compiled. Hence, the wife of the president, who was in Dubai for five months, rushed in before the expiry date, and the man in the Aso rock also rushed out to London in the name of medical checkup. God answers prayers in mysterious ways. The next line of action is to declare the office of the president of the Federal Republic of Nigeria VACANT.