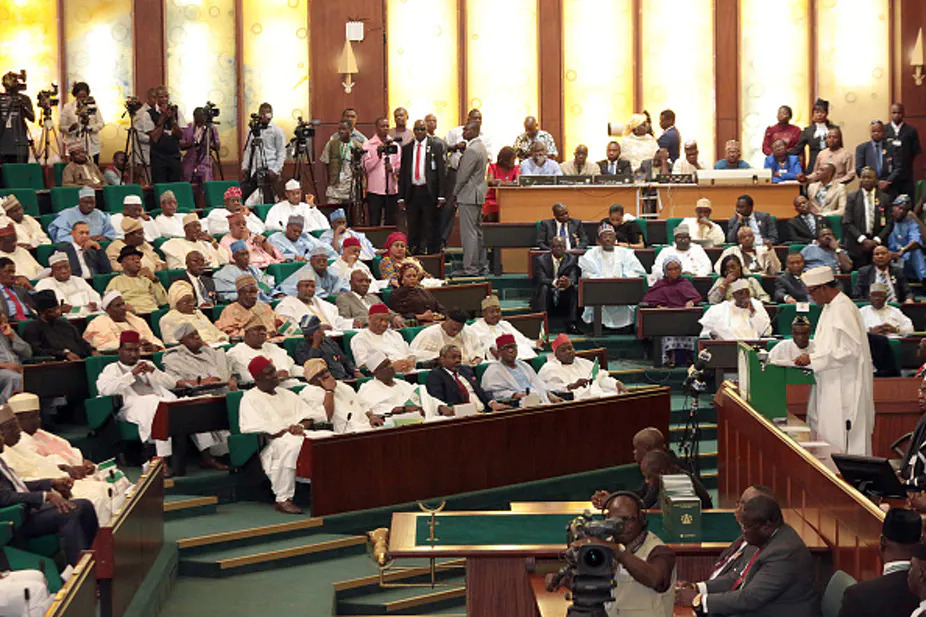 Just one action taken by the Ninth Assembly of the legislative arm of the government of the Federal Republic of Nigeria has made a tremendous impact in the political space of Nigeria, and this action is the passage of the new electoral law, a bill that was assented to by President Muhammadu Buhari on February 25, 2022.  One of the lessons that can be learned from this action is that wherever there is a will, especially political, there is a way and the end result will be progress.

One distinct improvement that has taken place in the political space of the country came by the introduction of the electronic transmission of results into the new electoral law.  This idea of transmitting election results electronically did undergo a heated debate in the two chambers of the national assembly.  One of the opposers against the electronic transfer of results was no other person than the wife of the presidential flag bearer of the All Progressive Congress (APC), Senator Mrs. Oluremi Tinubu.  She was seen on camera saying “no” to the idea.  I believe she had her reason for objecting to the idea, and the reason is now becoming clear to all perceptive Nigerians.

Recall that among the burning issues that were debated on before they finally made it into the bill included the method of elections at the primary level, which were a direct and the indirect methods.  Initially it was the direct method only that made it to the bill, but after a series of uproars and disagreements, the bill was returned unsigned by the president for the inclusion of the indirect, but not without the president making his own input by adding the consensus method of primary elections of the political parties.  The bill, which was finally assented to by the president, became an act and the contents were tested in the elections that ensued in Anambra, Ekiti, and Osun States.  The tests proved positive as it eliminated to the barest minimum the possibility of changing results as the results sheet traveled from one polling station to the final place of collation.  This singular development ignited hope into Nigerians making them to believe for the first time in decades that their votes count, and their election activities are now worth it.  This was the hope that generated enthusiasm in Nigerians and a good example of one of the positive results was seen in the Osun state gubernatorial election where a sitting governor of the APC was defeated by the gubernatorial candidate of the opposition party PDP.  Without the electronic transfer of results, that defeat would have been extremely difficult if not impossible.

Analyzing the circumstances that led to the passage of the electoral bill that became a law after assented to by the president, one begins to wonder why President Muhammadu Buhari chose to assent to the bill this time when he would no longer be on the ballot as he will be exiting in 2023.  The reason is not far-fetched especially when the same electoral bill was denied assent by the same president before his re-election in 2019.  He probably assented to the bill this time because he did not envisage that the national leader of his party Asiwaju Bola Ahmed Tinubu would emerge as the presidential flag bearer of the party.  Now that it dawned on him that the presidential flag bearer of his party is a master election rigger and someone who is known as a lover and supporter of hooliganism in politics, another route to follow is being charted because as far as the presidential flag bearer is concerned, he believes that he must win elections at all costs and since one of his best ways of rigging has been blocked by the electronic transfer of results which made it into the electoral act, hence, the move by the president trying to infest INEC with people who are political party members as well as those with questionable characters.  This is what Nigerians have to fight and rise up against if they want to be involved in an election that will be transparent, credible, and free in 2023.

This is just one of the game plans of the ruling party APC to rig the 2023 elections and to kill the hope given to Nigerians through the Electoral Act for a free and credible election in 2023.  The earlier presidential primary elections as well as the gubernatorial elections in Ekiti and Osun State were marred by vote buying and rigging.  These dubious maneuvers of the APC at the instance or instigation of the APC presidential flag bearer Bola Ahmed Tinubu accounts for why he has held Lagos State bound and hostage since he left office as governor of the state.  Lagos State has never enjoyed a free and fair election since Tinubu became governor, after he left and to date.  This is what he’s bringing to the table for all Nigerians, and a reason why his wife kicked against the idea of the electronic submission of results at the Senate.  If Nigerians were not made wise by the acquisition of formal education, moral instructions both from home and places of worship, at least the sufferings, killings, terrorism and banditry that characterized the tenure of the present APC-led government under the watch of President Muhammadu Buhari are bad enough to teach them that you can fool some people sometimes, but you cannot fool the people all the time.  Prevention is better than cure.  May God help us all.