Towards Responsible Policing in Democracy 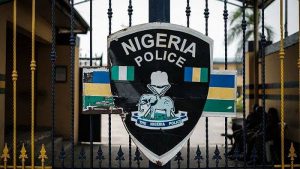 For the sake of the ignoramus among them who claim to be a part and parcel of the people, democracy by definition is the government of the people for the people and by the people.

Everything about democracy revolves around the people; and for any agency of government to do contrarily to the principles of democracy, is to paint a picture of not being a part of the people and there can be nothing more or less in that instance than being animalistic . Man is man because of others, alone man is an animal.

More often than not, it is said from time to time that the police are the friends of the people whereas history has shown that when the officers are most needed by the people, they turned their backs at them. Responsible policing is such that transcends the realm of knowing parentheses (knowledge) to that of the use of common sense which in most cases they say is not common and finally wisdom which is profitable to direct.

The police is saddled with the responsibility of law enforcement but in most cases they have fallen short of their responsibility by becoming the law breakers. 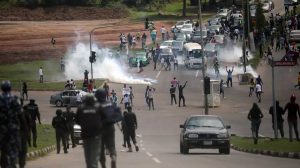 Human rights is the platform on which democracy stands. Looking at the human rights abuses from all angles, one cannot but conclude that the Nigerian police has derailed from the norms and values that democracy was established upon.

Comparing the Nigerian police with those of the advanced countries especially the United States of America, the differences are obvious from outside to the inside. From appearance which is the most apparent thing in observation, one can see how well equipped the US police is as reflected in their officers.  With the Nigerian police officer who struggles to buy his own uniform out of the legal salary he makes, life is miserable and you can tell from his appearance where you see a disagreement amongst the body, uniform and the countenance or facial look of the man and all these are tests to one fact which is poverty. The Nigerian police officer is ill-motivated and he is psychologically imbalanced.

From such an officer, nothing of excellence should be expected and because poverty is a breeding ground for  mental diseases, it is logical to assume therefore that most of the Nigerian police officers have mental issues not attended to. Until this problem is with a will from the appropriate authorities is confronted head on, a task which is difficult if not impossible going by the kind of careless and irresponsible leadership that we have in the country called Nigeria. The police in Nigeria kill and maim, harass innocent citizens and intrude into people’s privacy with impunity. Is this a responsible policing? 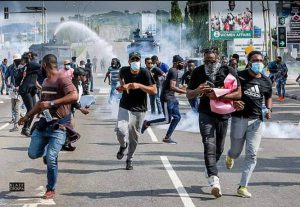 The way and manner by which the Nigerian police officers handle protest (a supposedly democratic system) is to say the least barbaric. How can the police shoot or teargas peaceful protesters who converged at the Gani Fawehinmi Freedom center in Lagos on the 5th of July, 2021 disregarding the presence of the elderly women who were dressed in white regalia who trooped out in their hundreds to participate in the agitations for self determination organized by the leaders of the agitation for self determination for the Yoruba race without provocation or threat to the lives of the citizenry?

Report also has it that a fourteen years old girl was killed by a straight bullet from men and officers of the police force on that same day. This can not be responsible policing in a democracy.

This food for thought is for the men of the police force who truly are friends of the people that they are policing. When you are sent on a slaves errand, wisdom demands that you comport yourself as a free-born. Remember also that only the fools die before their times. If you think you can run away from yourself, learn a lesson from your shadow that you cannot run away from. Your people are your people and without them, you are vulnerable and no different from an animal. Use your head to save your life . 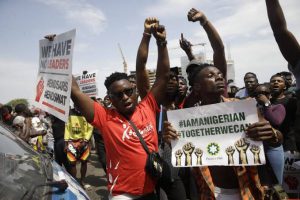 On a final note, while the Americans are asking for the George Floyd police reform, what the Nigerian police needs is total transformation touching on the spirit, soul and the body. No police reform will have been necessary in the United States but for fear of leaders who are not born again and delivered from the shackles of racism.