Posted on August 1, 2018 by giantabilitymn 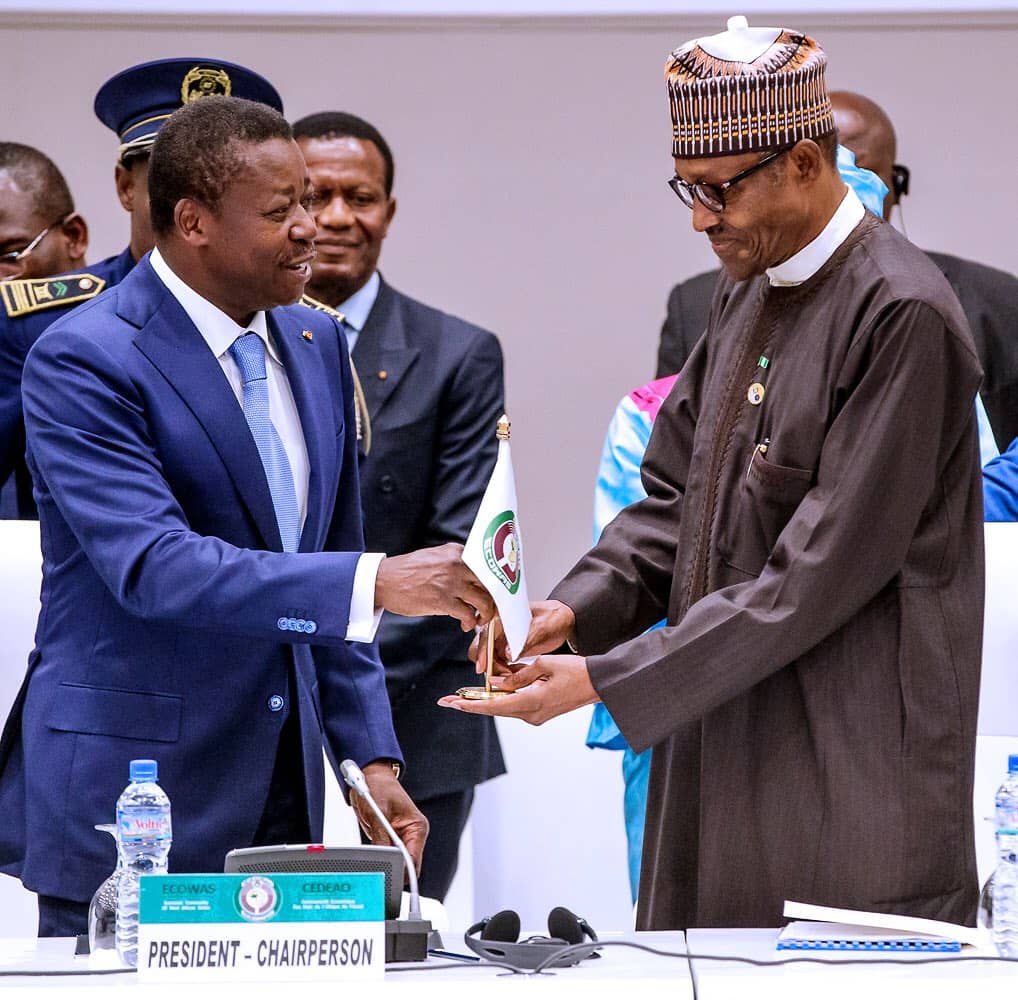 Nigeria President Muhammadu Buhari was elected the new Chairman of the Authority of Heads of State and Government of the Economic Community of West African States (ECOWAS).

The new appointment was disclosed by his Personal Assistant on New Media, Bashir Ahmad, at the end of the commission’s meeting in Togo on Tuesday. He will replace Togolese president, Faire Gnassigbe.

Ahmed posted this information on his official twitter handle @BashirAhmaad. He wrote, “President Buhari Muhammadu has been elected the new chairman of Economic Community of West African States (ECOWAS) at the just concluded ECOWAS summit in Lome, Togo.”

Buhari’s election was one of the high points of the 53rd Session of the Authority of Heads of State and Government of ECOWAS, as he takes over from Faure Gnassingbe and leads the regional body for 12 months.

ALSO READ:  ECWA Speaks on Leah Sharibu, Alleged Plot to Oust Christians from Northeast
This entry was posted in Politics. Bookmark the permalink.